Payam and I at dinner at the Crowne Plaza overlooking Haifa.

It’s been a long while since my last post here because I’ve been entertaining visitors at my place in Haifa since 24 January when my brother-in-law arrived from southern California.  Then on 1 February my father arrived from northern California – their visits overlapped a tiny bit, and I’ve been going non-stop ever since!

On the pier at Nahariya

Spent one day up in Nahariyyah with Payam and some friends walking the beach, the piers and the town, enjoying schnitzel at the Penguin Restaurant.  The weather was blowy but nice and we stood on the pier looking towards the north, and to the south back to Mt. Carmel above the city of Haifa.  The distances are so small here when compared with driving in California. 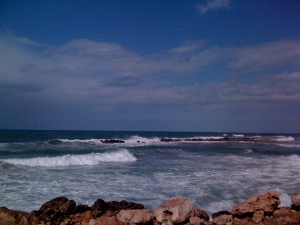 Walked around with my brother-in-law while he took photos with his super fancy camera….

My photographer brother-in-law in his element!

Walking the gardens at Bahjí at sunset when the lights were turned on. 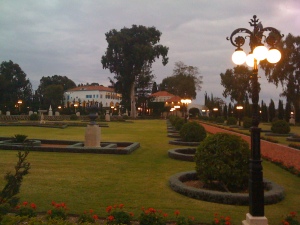 On a walking tour with my father in the area of Haifa downtown named the Hadar….lots of interesting shops and restaurants.  Note an international landmark behind him…..

Dad in the Hadar near the McDonalds and two street musicians

My Dad will be here in Israel for a few more days…….more blogs to come.

Photos and thoughts of my adventures over the past few years in California, Alaska, Israel, Budapest and England.

Photos of Israel and Budapest. Musings on art. Research finds about my great aunt Leonora Holsapple Armstrong which are destined to become a book soon!

What People are Looking at Here 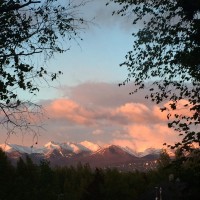