A museum in the subway? Next to the ticket kiosk. 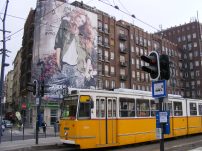 The trams are there for you the second you step on the curb….they are everywhere!

Tram 2 running the length of the Danube River.

Lamppost at the entrance of the Chain Bridge.

The Chain Bridge from across the tram track. 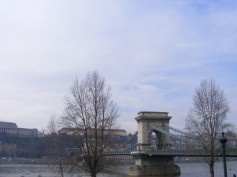 One of the huge lion statues guarding the Chain Bridge

President & his delegation from Poland meeting with the president of Hungary at the Gresham Hotel.

View of the present Houses of Parliament from the Chain Bridge.

Chain Bridge decorated with flags for the visit of the Polish Delegation. 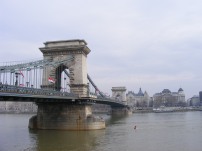 Chain Bridge over the Danube

Tram running along the bank of the Danube.

Tram running along the embankment of the Danube.

On the embankment of the Danube.

Buildings along the embankment of the Danube. 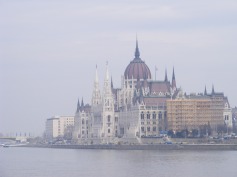 Zoomed view of the Houses of Parliament from across the Danube.

View of the buildings at the foot of Buda Hill taken from the Chain Bridge.

Looking up the Danube from the Chain Bridge to the Margaret Bridge – named after Saint Margaret, (1242–1270), the daughter of King Béla IV. [Yeah, we are talking REALLY old city here….]

View across the Danube toward the Calvinist Church.

Close-up of the Calvinist Church.

Tram in front of the Market Building

Another plaza – another statue of a guy…. 😉 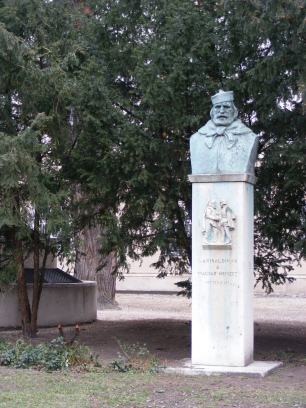 Ok, this guy looks just like a friend of mine!

School children on tour and learning about statue in front of the Hungarian National Museum.

Road next to the Hungarian National Museum.

Subway map…….we only went on the subway once…with our guides!

Looking up the track for the train. 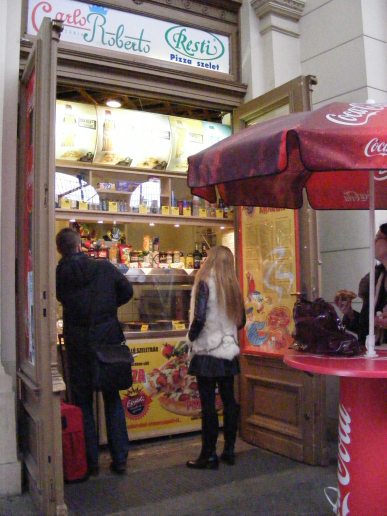 One of the lobbies at the side in the Eastern Train Station. 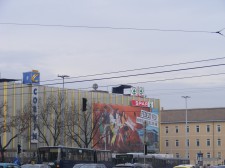 Spar market in Budapest! We had Spar in South Africa!!!

Find the Golden Arches….they look a little differently placed than what you might be used to, but they pop up everywhere!

Walking in the side streets. 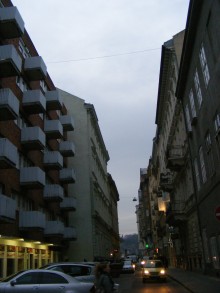 The old and the new.

Back at the Hotel Gellért.

A larger selection of my photos of Budapest.

Photos and thoughts of my adventures over the past few years in California, Alaska, Israel, Budapest and England.

Photos of Israel and Budapest. Musings on art. Research finds about my great aunt Leonora Holsapple Armstrong which are destined to become a book soon!

What People are Looking at Here